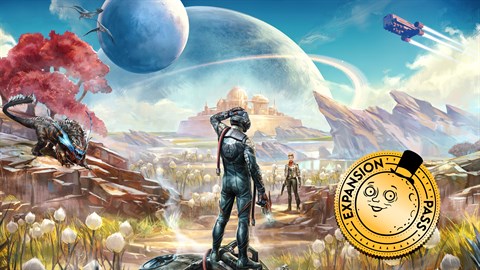 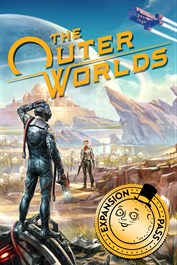 The Outer Worlds Expansion Pass includes two story expansions bundled at a discount. Experience mysterious new conflicts, intriguing quests, strange new locations, outlandish weapons, devious characters, and additional ways to aid or defy the Board of Halcyon in two new narrative expansions for the darkly-humorous, critically-acclaimed, and award-winning sci-fi RPG from Obsidian Entertainment and Private Division. • The Outer Worlds: Peril on Gorgon. Investigate the dark secrets of one of the most ambitious scientific undertakings in Halcyon: the development and synthesis of Adrena-Time, a drug intended to improve the productivity of workers across the colony. • The Outer Worlds: Murder on Eridanos. Venture to the skies of Eridanos and unravel the grandest murder mystery in the Halcyon colony! Everyone is a suspect in this peculiar whodunit after Rizzo’s hired spokesperson, the famous Halcyon Helen, winds up dead. A copy of The Outer Worlds on the same platform is required to play expansion pass content.