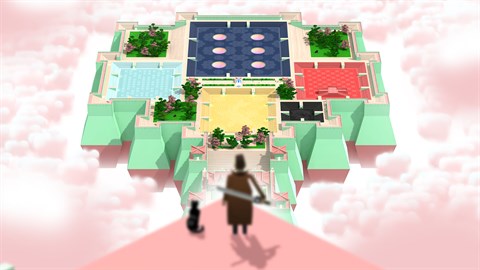 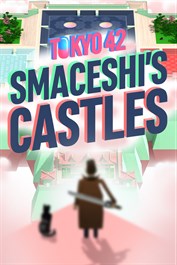 Who is Lord Smaceshi? Why is their name so hard to say? You've been issued a challenge! Complete Lord Smaceshi's nefarious tests and become the ultimate assassin. Use your stealth, combat and even your parkour skills to become victorious! Set in a new open micro-world, Smaceshi's Castles sees you continue your journey into a hyper detailed future Tokyo. Smaceshi's three castles represent three different aspects of the Tokyo 42 action experience. You will be judged on your speed and skill. Will you be the fastest, the deadliest? From crazy parkour puzzles to mid-air rocket launcher fights, Smaceshi's Castles pushes it to the limit. Will you succeed? Features an astonishing 90 new missions: 35 Combat Missions, 25 Parkour Missions, 10 Stealth Missions 20 Bike Race Missions Plus 4 new weapons (not included in Multiplayer): Short Bow Long Bow Shuriken Shuriken Fan