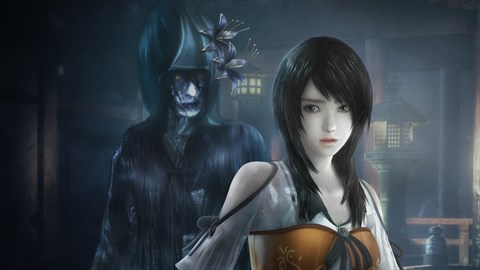 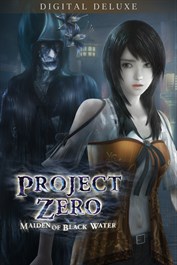 “PROJECT ZERO: MAIDEN OF BLACK WATER” comes to Xbox for the first time to celebrate the 20th anniversary of the horror-adventure series PROJECT ZERO. ● 20th Anniversary Digital Artbook The special anniversary digital artbook features artwork and BGM tracks from past titles of the PROJECT ZERO series and can be accessed from the game menu. ● Past Protagonists Costume Set Outfits of various past protagonists of the PROJECT ZERO titles will be available in the game: - Mio Amakura Outfit (from “PROJECT ZERO Ⅱ Crimson Butterfly”) - Rei Kurosawa Outfit (from “PROJECT ZERO Ⅲ The Tormented”) - Miku Hinasaki Outfit 1 (from “PROJECT ZERO”) - Miku Hinasaki Outfit 2 (from “PROJECT ZERO”) - Mayu Amakura Outfit (from “PROJECT ZERO Ⅱ Crimson Butterfly”) - Kei Amakura Outfit (from “PROJECT ZERO Ⅲ The Tormented”) [The Story] Mt. Hikami was once revered as a spiritual place. It housed a unique religion based on beliefs and customs of worshipping water as a deity and is said to have been a site of many gruesome incidents and mysterious phenomena. This mysterious and intertwined story follows three protagonists—Yuri Kozukata, Miu Hinasaki, and Ren Hojo—as each of them explores the ominous Mt. Hikami, a place where many came to die, and the secrets it hides. [Gameplay] Players use Camera Obscura, a special camera capable of repelling vengeful ghosts and sealing away their powers, to explore Mt. Hikami and the numerous incidents that took place there in the past. The story is divided into separate missions, and each mission is led by a new protagonist. In addition to sealing the evil spirits that attack you, Camera Obscura can be used to reveal other things that can’t be seen with the human eye and will help in the recovery of lost items. [New Elements] - Improved screen resolution - New outfits and accessories - New Snap Mode where you can freely place characters and spirits for creative shots - Updated Ghost List - Updated controls and more. Note: “PROJECT ZERO: MAIDEN OF BLACK WATER” is also available for purchase on its own. Please be careful to avoid making a redundant purchase. Note: The Digital Deluxe Edition set includes the contents of the PROJECT ZERO 20th Anniversary DLC. Please be careful to avoid making a redundant purchase.