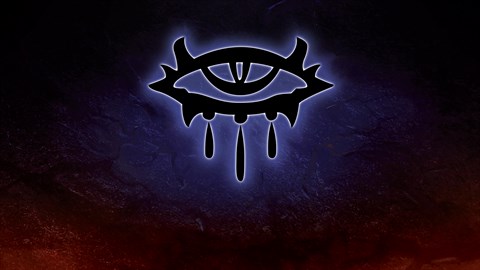 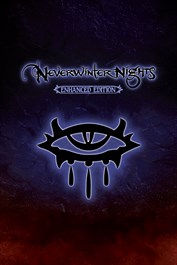 The award-winning Dungeons & Dragons RPG returns, with classic adventures for modern heroes! Dive into a rich fantasy world with 100+ hours of play, including the original campaign, expansions, and more! CUSTOMIZE YOUR HERO Slink through the shadows as a deadly half-elven rogue, wield fearsome magics as a powerful gnomish sorcerer, vanquish your foes as an armor-clad dwarven paladin... whatever hero you create, incredible adventures await. SOLO AND CO-OP GAME MODES Play solo or team up with friends for a grand adventure in the Forgotten Realms! CONTENT Neverwinter Nights: Enhanced Edition comes with an EPIC amount of free content. In addition to the original campaign and expansions, enjoy free downloads of premium adventures, plus a portrait pack to customize your heroes. BASE GAME & EXPANSIONS • Original Neverwinter Nights Campaign: You find yourself at the center of intrigue, betrayal, and dark magic in Neverwinter Nights. Journey through dangerous cities, monster-filled dungeons, and deep into uncharted wilderness in search of the cure for a cursed plague ravaging the city of Neverwinter. • Shadows of Undrentide Expansion: Another adventure begins in Shadows of Undrentide! Charged by your master to recover four ancient artifacts, travel from the Silver Marches to unravel mysteries of a long-dead magical civilization. • Hordes of the Underdark Expansion: Continue the adventure started in Shadows of Undrentide and journey into the ever-more bizarre and hostile depths of Undermountain to challenge a gathering evil. FREE DOWNLOADABLE CONTENT • Darkness Over Daggerford: Darkness Over Daggerford is Ossian Studios’ enhanced update to the award-winning original premium adventure. The Duke of Daggerford has been mysteriously killed, a new power has taken over the town, bandits rove the Trade Way unhindered, and mysterious things stir in a fabled ancient citadel, yet all is not as it seems. • Pirates of the Sword Coast Premium Adventure: A swashbuckling Dungeons & Dragons journey on the high seas— experience multiple endings, cunning henchmen, and a rollicking tale of woe! • Wyvern Crown of Cormyr Premium Adventure: You have returned to Cormyr, the land of your birth, in the hopes of rebuilding your family’s fortune. Explore the kingdom on horseback, compete in jousting tournaments, and become a knight of Cormyr! • Kingmaker Premium Adventure: Navigate guild politics and take on a mysterious masked mage to become Lord of the Keep in the premium adventure, Kingmaker! • ShadowGuard Premium Adventure: You are recruited into the ShadowGuard— a secret organization tasked with protecting the Empire! • Witch’s Wake Premium Adventure: You awaken on the battlefield with no memories, but soon you are drawn into a mysterious adventure that will take you to realms where the living world collides with that of the dead. • The Dark Ranger's Treasure: Start a mysterious adventure at the Inn of Lance. • The Winds of Eremor: Strange winds blow your ship to a mysterious island full of adventure! • To Heir is Human: Save a kidnapped child from the clutches of the Drow! • Contest of Champions: Go head to head in a competitive co-op battle against other teams of heroes. • Adventurers of Neverwinter (Portrait Pack): A whole new cast of faces to create your next hero! Customize your Neverwinter Nights: Enhanced Edition experience with this collection of ten new character portraits.