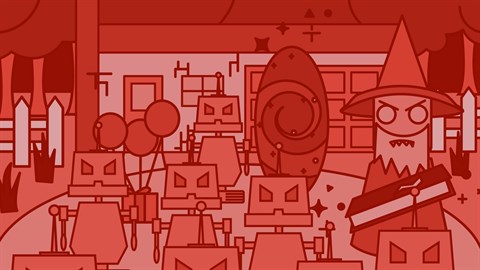 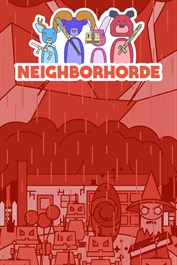 FEATURES: - Videogame-like gameplay! - Local couch co-op survival action with 1-4 players. Play with friendly AI you while you wait for friends. - The first Friendzone you’ll actually want to be in. - Play as cute low-poly animal kids. So cute! - Tons of spooky enemies: Fight to survive against waves of enemies from your imagination like zombie Abe Lincoln your school’s creepy lunch lady. Boss fights too! - Become more powerful than you could ever imagine. Then get stomped to death by a giant foot. - Every game is unique: Unlock 80+ weapons and superpowers as the game progresses. - A bumpin soundtrack inspired by your favorite 90s grooves. You and your pals are playing too many videogames, and Mom said it’s time to go outside for a bit. Little does she know the dangers spawning outside in Neighborville. Portals open up from another dimension. Evil robots, dragons, wizards, and zombie Abe Lincoln burst out from these portals and start attacking you and your pals! Luckily, you have your trusty wooden sword and your pal saved some bottlerockets from 4th of July. How is that going to help? Use your imagination, kid! Each night you'll unlock more of the 40+ crazy toys to add to your arsenal and become a more powerful team by choosing from 40+ game-changing superpowers. Break open presents found around the map to find the rad weapons you've chosen. Dash around as flames blast out from your feet with the new "Hot Feet" superpower you just picked. You think to yourself, "No baddie can stop me now!" However, as you get stronger, so does the horde of spooky enemies. Each night you'll face a randomly-selected but ever-increasing combination of enemies including goop-tossing Lunch Ladies, magic-blasting Wizards, and axe-wielding Abe Lincolns. As you're bashed apart by the onslaught of baddies, you realize the only way to survive is the power of friendship; staying close to your team in the Friendzone is the only way you'll regain your health. Since there are 80+ weapons and superpowers, and tons of enemies, no game is the same as the last and you’ll always have a new strategy to try. Blast bottle rockets at evil dodgeballs. Blow a bubble-gum-shield to protect your team. Catch the incoming robots on fire with your hair dryer flamethrower. Smash a wizard's face off with your trusty wooden sword. Can you defeat the bad guys before bedtime?