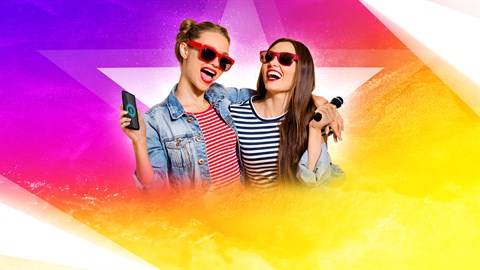 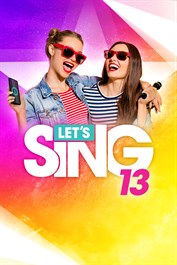 Let the music take control and become the star of your party or sing your heart out solo! The next chapter of the Let’s Sing series offers current chart hits as well as all-time classics such as: Ana Guerra ft. Juan Magán with “Ni La Hora”, Vanesa Martin with “Caida Libre”, David Bisbal ft. Juan Magán with “Bésame”, Beret with “Si por mi Fuera” and Sinsinati with “Cuándo éramos dos” are part of the 35 songs tracklist that mixes Spanish hits with international chart breakers and all-time classics. Also included are hits like “Bad Guy” by Billie Eilish and “High Hopes” by Panic! at the Disco. Whether you're training your voice on your own or hosting the next karaoke party for friends and family – fun is guaranteed with Let’s Sing 2021. - Strong playlist with 35 Spanish and international songs and original music videos - Sing solo or with up to eight players - New mini game in Let’s Party called “Pop Chicken”. - The new Legend game mode with 16 challengers, 3 basic challenges and a final battle against each antagonist . - Climb the online leaderboard and battle it out against people around the world! - No Microphone No Problem! Use your phone as microphone with the Let's Sing app! - More song packs online