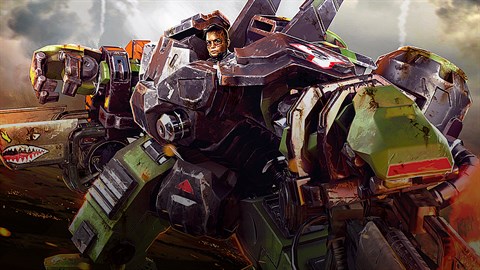 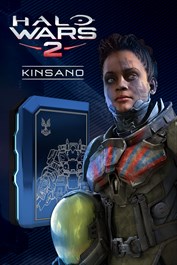 Morgan “Inferno” Kinsano first fought for the Insurrection, bringing ruin to those who threatened her home. When the Covenant came, she turned her sights on the aliens who wanted to wipe out Humanity. And now the Banished threaten Kinsano’s brothers and sisters in arms on the Spirit of Fire…and she will see the Ark burn before she lets the Banished take one more of her friends. She takes to the field in her personalized Flame Cyclops, leading the Firestorm Battle Group, a strike force of ODSTs, Marines, and Hellbringers that specialize in delivering fire to the enemies of humanity. Take the fight to the Banished with Kinsano, an explosive new force in the UNSC’s arsenal! Featuring some incendiary new units and abilities, Kinsano is ready to burn a path to victory under your command. • 8 exclusive Blitz Cards including Kinsano’s Cyclops, Flame Warthog, Napalm Missiles and more • 5 Blitz Packs of Kinsano’s exclusive cards • All-new leader powers and units for use in multiplayer modes that allow Kinsano to dramatically speed up troop movement, call in fiery new vehicles and armies, and deploy raging infernos into large areas