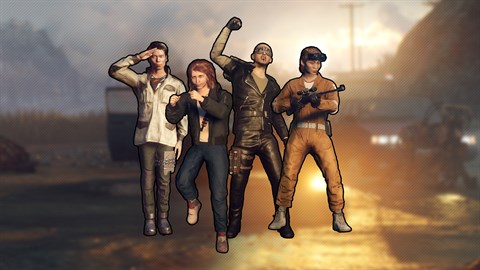 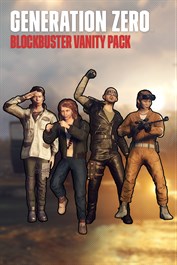 Everyone knows that the summer season is a perfect time to sit back with an action-packed blockbuster and let the movie magic happen. And few decades had such excellent ones as the 1980s, so in tribute to some of those, you can now mix and match between 4 iconic new outfits as well as express your love for them using 6 emotes. Interceptor Set: The sands of the desert may have been replaced by the dark foliage of the woodlands but that doesn’t make it any less unforgiving. With the Interceptor Set, you can wear a dashing leather outfit and goggles as you take the fight to your enemies. For it is a most glorious day and even if you don’t have a battle plan in place, you need to survive no matter what. Ecto-Scientist Set: It might be hard to know who you are going to call in the case of hostile machines roaming the countryside, but when wearing the Ecto-Scientist Set you aren't afraid of no machines. Put on your jumpsuit, grab a pair of high-tech goggles, and grab your favorite gun. You may not have to worry about crossing any streams but you can still arrive to the action, observe the scene, and kick the machines in the posterior. Xeno-Specialist Set: With the population gone, no one can hear you scream for help. So channel your inner hero through the Xeno-Specialist Set, with a wild hairdo, ammo straps, and highrise shoes. For the machines are not only incredibly hostile but also structurally perfect. That doesn't mean a few well-placed bullets won’t take them down though. Annihilator Set: You become the ultimate killing machine when donning the Annihilator Set, perhaps not in combat but most definitely in looks. With a studded jacket, colorful t-shirt, and boots you will look absolutely deadly as you lay your ambushes, line up your shots, and slowly walk away from exploding cars. Six New Emotes: Dance to those summer blockbuster beats with these 6 choice emotes. From the Pop Princess and One Step, to the Bump and Running Man, your moves will be smooth as butter. Or show your respect to a comrade by doing the Salute or Air Punch.