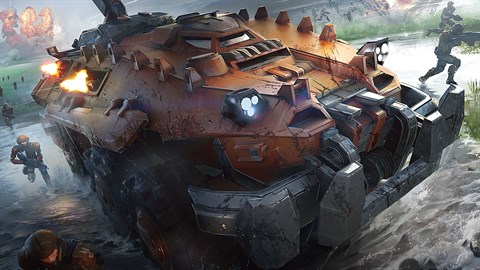 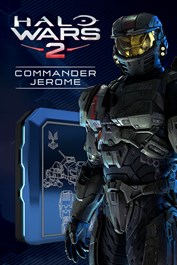 Spartans have always been the pinnacle of tactical combat, laying waste to any opponent they face on the field, but each Spartan is also a brilliant strategic mind capable of creating and executing large-scale military operations. After the death of Sergeant Forge, Jerome took over direct command of many missions in the fight against the Banished and he’s standing by to help you earn your next major victory! The Commander Jerome Leader Pack puts you in the role of a Spartan like never before, with units and powers like: • Commander Jerome as a playable Spartan in a custom Mantis which can fight independently alongside him • Spartan heroism buffs for friendly units, inspiring your units to new levels of heroism • The Mastodon APC providing troop transport and mobile garrison capabilities • A special ability to summon the three additional Spartans of Omega Team