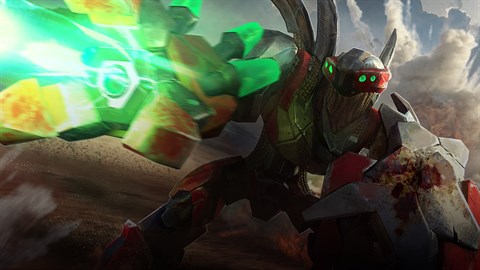 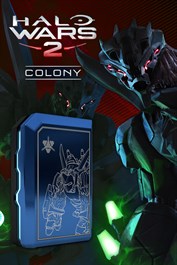 Colony is the first known Hunter to take a combat command position, and only Colony and Atriox know the true motivation of the Banished’s newest leader. Colony’s bonded pair speaks as one through a special Banished translator in order to lead his heavy siege forces. Colony delivers the power of the Hunters to the battlefield with new units like the Goliath – two Hunters merged into one base-crushing monster – and the Skitterer – a mechanized scout that transforms to an attachable turret. The Colony Leader Pack Includes: • 8 exclusive Blitz Cards including Colony Hunter Captain, Goliath and Skitterer Mob • 5 Blitz Packs of Colony’s exclusive cards • 7 new leader powers and units for use in multiplayer modes including the Living Barrier, Vehicle Symbiotes, and Engineer Swarm