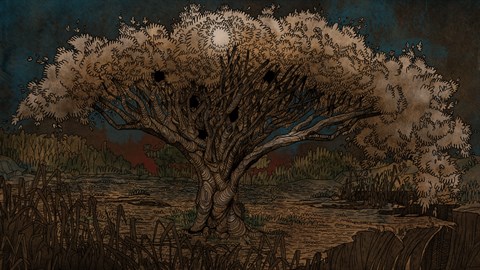 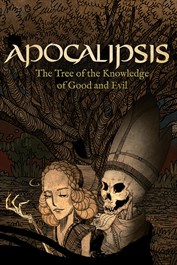 Apocalipsis: The Tree of the Knowledge of Good and Evil

In Apocalipsis you play as Harry, for whom the loss of his beloved was the end of his world. Now he has to venture out into the strange, unwelcoming and haunted lands to get her back. On his journey he will meet fantastical creatures, straight from the visions of the 15th and 16th artists such as Hans Holbein or Albrecht Dürer. In Apocalipsis the static woodcuts of old start living their own life, they form a whole new world inspired by the Book of Revelation and the aesthetic of Danse Macabre - a world filled with dread, death, and disease. Yet, there is still a space for true love in these sinister lands… Apocalipsis is also the first appearance of the best-selling black metal band, Behemoth, in the world of video games. With Behemoth’s music hidden in gameplay and Nergal (the ominous leader of the band) narrating, it’s one hell of an experience!