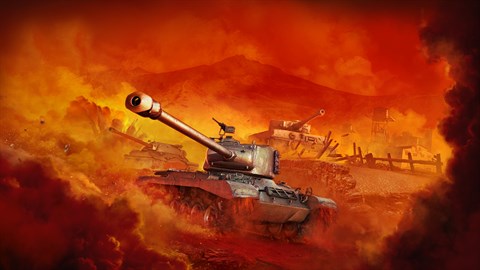 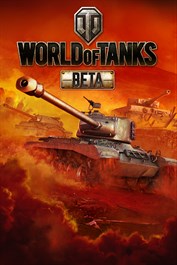 Take command of history’s most powerful tanks and experience the intensity of tank combat on console like never before. Charge into the fray and engage in epic 15-v-15 multiplayer tank battles. Hundreds of stunningly realistic mid-20th century armored fighting vehicles await your command. Take the helm and fight the enemy in beautifully realized environments where your careful aim and steady hand make you a force to be feared. Share your greatest battle moments and, for the first time ever, battle with players on Xbox One and Xbox 360 with cross-play. Five distinct vehicle classes are at your disposal: tank destroyers, artillery, light, medium, and heavy tanks. Hear the deep, resonating impact of your shells as you pummel the opposition to secure victory for your side. Attack the opposition in period-realistic armor from the United States, Germany, the United Kingdom, the Soviet Union, France, Japan, and China. World of Tanks is cross-play enabled so you can voice chat and coordinate with your teammates and compete against players worldwide across both Xbox One and Xbox 360 platforms. Share your progress across both Xbox platforms and move seamlessly between them with one Xbox Live account. Experience the thrill of heavy-hitting tank brawling, unlock and upgrade your vehicles, and expand your collection of tanks! On Xbox One, World of Tanks supports all your favorite integrated social features. Post your battle results directly to your activity feed and capture and share clips and screenshots of your battlefield prowess. Broadcast your skirmishes with Twitch, compete in the global leaderboards, and participate in the ongoing conversation in the World of Tanks Game Hub. In World of Tanks, high-octane, fast-paced and explosive tank combat is so vivid you can almost smell the gunpowder. Become a battlefield tactician by collaborating with your allies to crush your opponent’s advances. Any tank in your garage can be put to the test against challenging AI opponents in Proving Grounds, four different game modes meant to prepare you for the thrilling combat of World of Tanks. Unlock, upgrade, mount up, and roll out! World of Tanks is free to download on Xbox Live, providing unlimited gameplay for Xbox Live Gold members and a 7-day trial for Xbox Live account holders. Total download is ~30 GB.