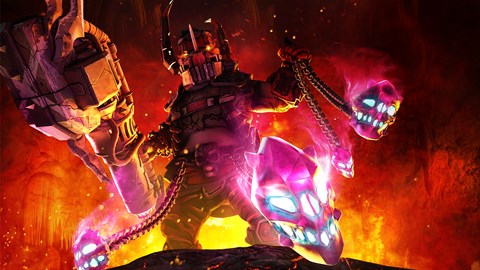 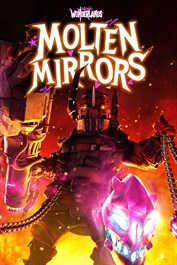 Break into a heavily fortified prison in Vesper's third Mirror of Mystery! Deep within his mountain stronghold, Fyodor the Soul Warden lords over his horde of lost souls. In order to break their chains, you'll need to work past his murderous mechanized defenses, including terror-powered turrets, blazing furnaces, and bone-crushing hammers. But keep your wits about you, lest you become yet another of his captive souls! • New boss Fyodor the Soul Warden, with four powerful forms that unlock over time • New loot to collect, including weapons, gear, and cosmetic items • Additional environments that, once beaten, can show up in the randomized endgame dungeons of the Chaos Chamber Access to Molten Mirrors and other Mirror of Mystery content is granted by the Tiny Tina's Wonderlands Season Pass or individual purchase. The Season Pass itself is included in the Chaotic Great Edition and can also be purchased separately. Base game required.