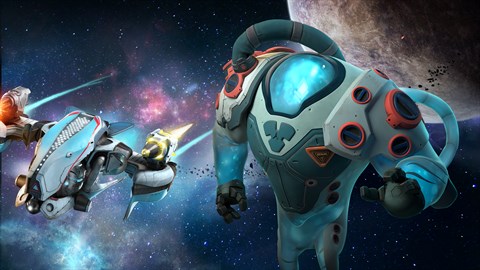 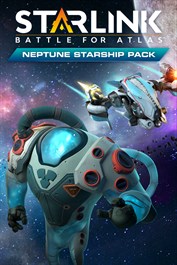 Enhance your adventure with Judge and his arsenal to launch a statis attack and achieve victory with the Neptune Starship pack. The Neptune Starship Pack includes the digital version of: * 1 Judge Pilot * 1 Neptune Starship *1 Levitator Weapon Judge is a powerful alien, discovered by St. Grand in Earth’s Arctic. He seems to be a living form of Nova, which inspired St. Grand to invent humanity’s first faster-than-light technology. His starship, Neptune, named for the giant planet near the edge of our solar system, has a design as mysterious as its pilot. It's armored, durable and stable, ideal for knocking around smaller starships. The anti-gravity technology used on the Starlink Initiative's ships also makes the Levitator a terrifying weapon. Its self-guided missile suspends enemies and removes their abilities to fight back.