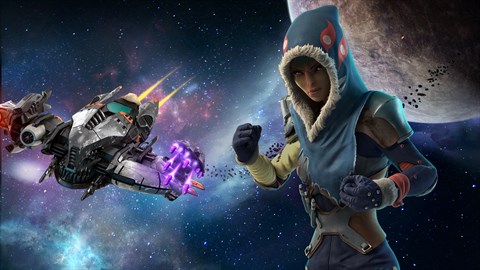 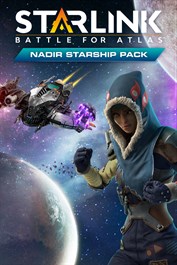 Enhance your adventure with Shaid and her arsenal to launch a heat attack and achieve victory with the Nadir Starship pack. The Nadir Starship Pack includes the digital version of: * 1 Shaid Pilot * 1 Nadir Starship *1 Nullifier Weapon Shaid is an Outlaw pirate from the Atlas star system. Her life of crime in Atlas has hardened her into a sarcastic, fast-talking rogue who’s easy to like, but hard to trust. Her starship, Nadir, named for her mother is as clever, quick, and ruthless as she is. Originally a stolen passenger craft, Nadir has been enhanced with several illegal aftermarket upgrades that it hardly resembles its original form. Nullifier is the result of Outlaw weapons experimentation. It launches a volley of guided missiles tipped with mass-enhancing warheads, creating an intense Vortex of crushing gravity at their target’s location. If the impact doesn’t get ‘em, the Gravity will.