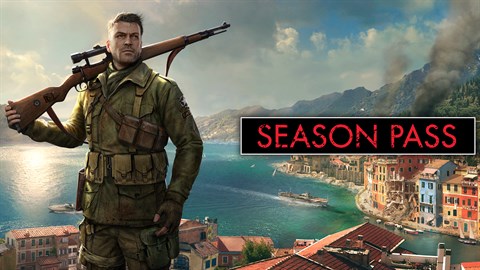 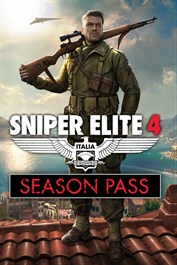 The Sniper Elite 4 Season Pass gives players access to all 12 DLC packs across three expansions, for one great price. Featuring a wealth of singleplayer and multiplayer content, this Season Pass includes: NEW CAMPAIGN MISSIONS Four new missions for 1-2 players, including Target: Führer and a thrilling 3-part campaign. NEW WEAPONS 18 new weapons - including many new to the Sniper Elite series - for use in all modes. NEW CHARACTERS 9 detailed new characters to play as in multiplayer and cooperative modes. NEW WEAPON SKINS 32 themed and camouflaged rifle skins for use in all modes. Note: In addition to the DLC included in this Season Pass, new multiplayer map packs and modes will be made available FREE for the whole community after launch!