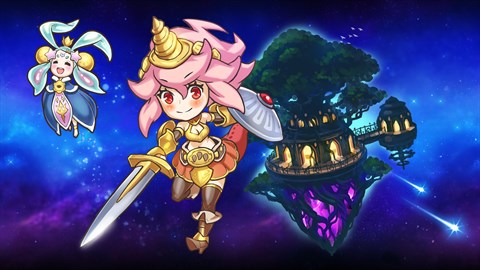 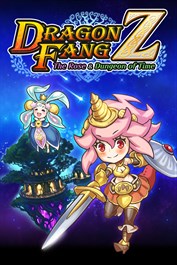 Rose is half human and half dragon. One day, she wanders into a world called "Tree of time" with her nanny, Fairy. It is said that there’s a powerful treasure deep under the dungeon. In order to return back to their village through the power of the treasure, they decided to face the challenges of the dungeon! If Rose is defeated during the adventure, she will lose all items and her level will be reset. And because the dungeon transforms every time you challenge it, the quests will never be the same. Your courage and growth will be the key to clear the dungeon! # Features - One choice, one victory: This game is turn-based. Both Rose and the enemies take turns moving. Players can think about what to do on their next turn. Wisdom and courage will bring you "small victories," and these will eventually bring you "huge victories." - The "Fang" system: Rose can wear Fangs of monsters and gain their abilities. There are more than 200 kinds of monsters. You can seek the strongest combination and arrange your Fangs however you like. - The "Brave" system: Rose powers up when there are no obstacles around you within 8 squares. This overturns the "battling within the passage" theory of the Roguelike game - This game also has the Ranking function, Item Warehouse, Monster's Database, Achievement, Mini Puzzle, and Dungeon for Advanced Players.