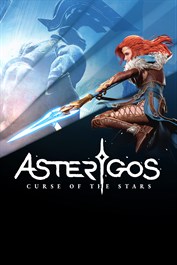 The Pre-order Bonus Pack includes 3 days of early access to the game, an exclusive armor and a set of trinkets that help boost character strength in the early game. Players with the pre-order will be able to launch the game on October 8th. Outfit: Northwind Tempest Set The armor of a recognised Northwind Legion warrior. Traditionally, all warriors of the Northwind Legion had to pass the Trial of Tempest. This armor set, masterfully crafted by Anbari, can withstand any harsh conditions. Trinket: Brooch of the Warhound Crafted in the shape of their family’s beloved warhound, this wooden brooch was given to Hilda on her 5th birthday by her brother Carl. It's also one of the few items that help her with the remembrance of her sibling who has passed away. Trinket: Northwind Medallion This medallion was presented to Hilda when she completed her first assignment after becoming a Northwind Legion warrior. Commander Harold personally handed it to her as a token of praise and a reminder to always keep her composure as a true grown up warrior.