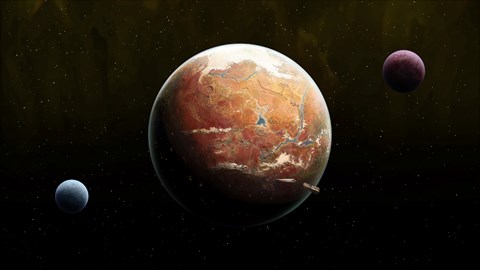 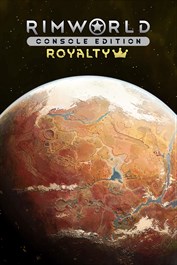 The Empire has arrived. Their refugee fleet settles the rimworld, and seeks allies. Their honor-bound culture wields hyper-advanced technology, while bowing to the ancient traditions of kings and queens. Expand your RimWorld Console Edition experience with a ton of new additions and features. ROYAL TITLES Colonists can complete quests to earn honor with the Empire. Honor brings Imperial titles like acolyte, knight, and baron. Build grand throne rooms for your noble as they rise through the royal ranks. Dress them in finery fit for a monarch, or the prestige armor of a great warrior. They'll make speeches from the throne, inspiring your people, and play piano, harp, and harpsichord. PSYCHIC POWERS There are multiple ways to develop psychic powers. Those who gain Imperial titles receive powers from the ceremonial Imperial bestower. Tribal colonists can commune with the mysterious anima tree to build their psychic link. Or, you can fight the Empire using stolen psychic technology acquired through quests. There are a wide variety of psychic powers. Some are made for combat, whilst others are useful for community management. All psychic powers require meditation from your colonists, each will achieve this differently based on their title, background and traits. NEW QUESTS This expansion adds a large variety of quest content. Since RimWorld is a story-generation game, quests aren't fixed like in other games. Instead, the system procedurally generates unique quests with every new game. Different goals, foes, guests, rewards, helpers, special threats, and world conditions combine to create endless varied stories and challenges. MECH CLUSTERS Mechanoids can now create mechanoid clusters - groups of new mechanoid buildings which work together to present a unique tactical challenge. Mech clusters always appear in an initially dormant state. The player can take the time to decide and execute a plan of attack. This puts the player on the offensive, which contrasts with the defense-oriented fights in the base game. IMPERIAL TECH This expansion adds a ton of new gear. Some of them are unlocked through new techprints, which are special technology items acquired by quests, trade, or theft.