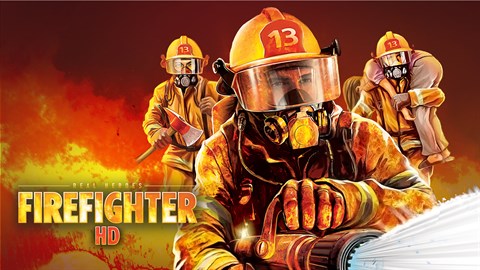 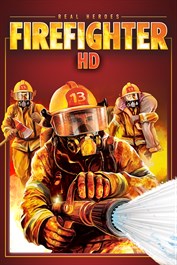 Charging head first into danger is all part of the job description! In this thrilling first-person fire and rescue action game, players take on the heroic role of a firefighter whose team is sent to a series of difficult fires throughout Los Angeles. As a newly recruited cadet, learn the tools of the trade, battle massive fires, and rescue potential victims at a variety of exciting locations including a high rise building, a malfunctioning tech lab, and an amusement park. Real heroes face danger head-on to save those in peril – do you have what it takes to become one? • Fight through the fires using real tools; Hose, Axe, Mechanical Separator, Extinguisher, Halligan, Deck Gun, and more. • Dynamic fire effects that realistically spread throughout the environment. Play through career mode with over 8 levels and locations. • All-Star Hollywood voice cast including James Marsters (Buffy the Vampire Slayer), Jack McGee (Rescue Me), Michael Jace (The Shield), Jamie Kennedy (Ghost Whisperer), and Jenette Goldstein (Aliens).