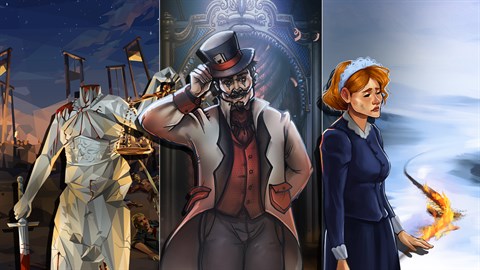 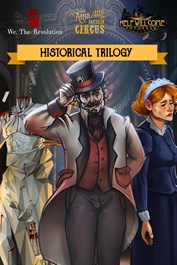 16+
Strong Language, Use of Alcohol/Tobacco, Horror

In Klabater we are on a bold journey in search of meaningful, story-driven & history-inspired games. After the success of our indie hits, We. The Revolution and Help Will Come Tomorrow, we decided to add another unique game to our portfolio – The Amazing American Circus. The trilogy consists of unique titles that combine the following features: • Games for mature players seeking deep and multilayered narrative • Plot inspired by momentous historical and political events • Unique hand-drawn 2D visuals • Ambitious socially-engaged message • A storyline full of moral choices ABOUT THE AMAZING AMERICAN CIRCUS Roll up! Roll up! Come and take charge of your very own run-down circus and navigate a uniquely American form of entertainment, full of bizarre folklore, brutal crime, and social inequality as you battle to establish yourself amongst industry giants Ringling Bros., P.T. Barnum, and Buffalo Bill. Build your troupe, manage your circus camp, explore Gilded Age America, and amaze your audience to become the tycoon of an entertainment empire the likes of which the world has never seen! ABOUT HELP WILL COME TOMORROW In an uninhabitable Siberian wilderness, in the wake of the October Revolution, a group of passengers survive a mysterious catastrophe of a Trans-Siberian railway train. They must endure in a harsh ice-clad climate until rescue arrives. ABOUT WE. THE REVOLUTION We. The Revolution is a unique game with a singular art style. You are cast in a role of a judge of the Revolutionary Tribunal during the great French Revolution era. You will have to trudge through this setting passing sentences, playing a dangerous political game, and doing everything in your power to not be guillotined as an enemy of the revolution.