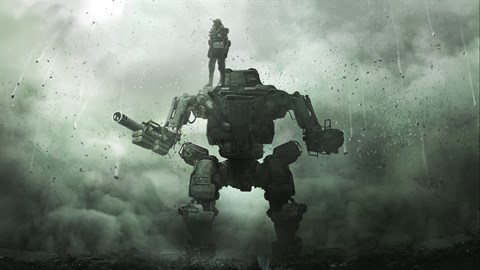 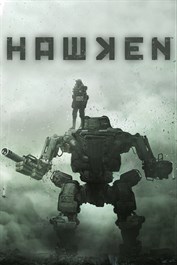 War is a Machine. Pilot hulking death machines and use massive weaponry to destroy your foes in fast-paced FPS gameplay. HAWKEN is a multiplayer first person shooter that places you inside a mechanized war machine on the battlefield of a dystopian world. With tactical, fast-paced gameplay in customizable and upgradable mechs across multiple competitive modes, HAWKEN is explosively fun. KEY FEATURES • Over 30 Mechs at launch, and more to come! Determine your method of mass destruction. Pilot lightweight assassin-like mechs or wade into the thick of action with heavy bruiser mechs. Every mech is unique and can be tailored to fill a variety of distinctive roles on the battlefield. • Exceptional customization Arm your mech with massive sniper rifles, powerful cannons, explosive rocket launchers, and much, much more. Select from among a wide array of upgrades, enhancements, consumables, and cosmetics. • 6 game modes Play cooperatively or competitively in Deathmatch, Team Deathmatch, Missile Assault, Siege, Coop Bot Destruction, and Coop vs AI Team Deathmatch modes. • 9 stunning environments Experience a planet in the depths of war. Battle across decaying cityscapes, post-apocalyptic wastelands, and more. • Easy to learn, hard to master. Teamwork advisable.