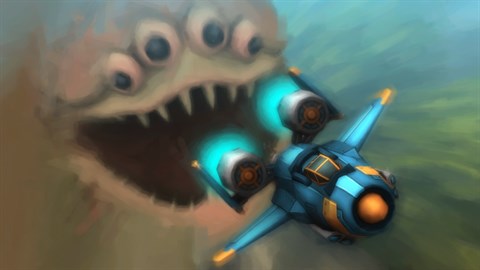 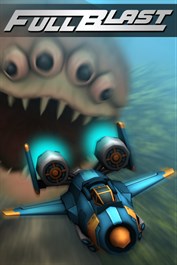 With an art style inspired by the 80’s and the 90’s, FullBlast is a vertical-scrolling shooter that will bring a dose of nostalgia to all gamers who spent many an hour at their local arcade, engaging in Shmups. But don’t worry, just because it’s retro in origin, modern conventions and technology have been considered, resulting in a modern and vibrant presentation that is the perfect way to introduce a new generation of gamers to a largely untapped genre. Try to take in as much as you can, when you have the time though. Being a shmup, it’s not just an alien menace you have to worry about, but their projectiles you’ll need to dodge if you hope to survive! Across the game’s 12 random levels, humanity is on the verge of extinction due to an alien invasion and it just so happens, you're the last hope to save the world. So, get ready to take flight and let loose, because those aliens are not going to shoot themselves. Humanity’s retaliation starts here! Features: • Story campaign of 12 levels • 2 player local co-op mode • 4 Mini bosses and 3 Mega bosses • 3 Difficulty levels • Mission system and leaderboards • Gorgeous 3D graphics • Power-ups and power-downs (be careful of what you pick!!) • Heavy metal sound track