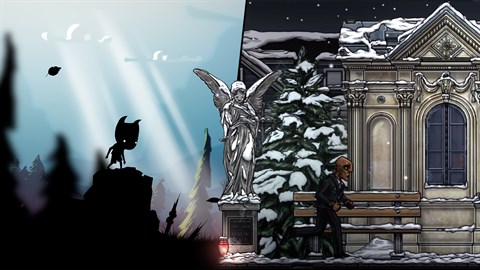 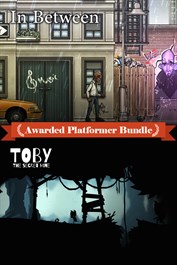 Get the award-winning platformer games "In Between" and "Toby: The Secret Mine" in this awesome bundle! Selection of awards and nominations: - German Video Games Award - Red Dot Design Award - FEFFS Indie Game Contest - GSS Award The Awarded Platformer Bundle contains: - In Between - Toby: The Secret Mine --------------- In Between is an atmospheric, award-winning platformer where you solve mind-bending puzzles by manipulating your surroundings and gravity itself. 60 challenging levels In Between is set inside the mind of a man hit by a cruel twist of fate. Together you are on a journey through the protagonist's head, a world that doesn’t obey the laws of physics. Free your mind and defy gravity in more than 60 compelling and unique puzzles, requiring all your wits and agility. Gamplay changing stages As you follow the protagonist stumbling through the stages of accepting his own mortality, new mechanics are introduced. Each stage offers unique gameplay reflecting the emotions that surface when the protagonist copes with his fate. --------------- Toby: The Secret Mine A peaceful way of life in a small village in the mountains was thrown into disorder. Someone has kidnapped most of its residents. A couple of brave hearts tried to rescue their friends but none of them has returned. Little Toby didn’t want to just sit and wait so he decided to find them by himself. He went to the near deep forest but he soon realized this is just a beginning. Go with Toby on an eerie adventure in a dark and creepy world full of dangerous situations, enemies and challenging puzzles.