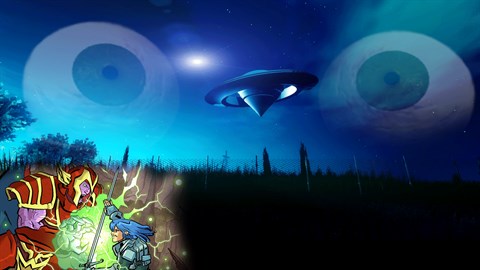 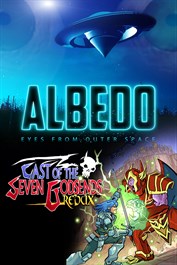 Cast of the Seven Godsends harks back to the days when classic 2D, run ’n gun, action-shooter games ruled the arcades. Four levels of difficulty, six worlds to conquer, twelve mid and end-of-level bosses, seven god-like armour sets, five basic weapons and thirty-five magic combat spells! Inspired by 60s pulp sci-fi movies, Albedo: Eyes From Outer Space is a first-person adventure game. Working as a night-watchman at a partially abandoned, secret research facility, you are knocked unconscious by a nearby explosion. Waking in the complex’s basement you look up and see a gaping hole in the ceiling. Escaping the damaged building is only the start of your troubles and as you begin to explore the base you encounter strange, unearthly organisms. Is this all because of some sort of biological experiment gone wrong? You’ll need to fight for survival as you unravel the mysteries and solve the problems that lie ahead