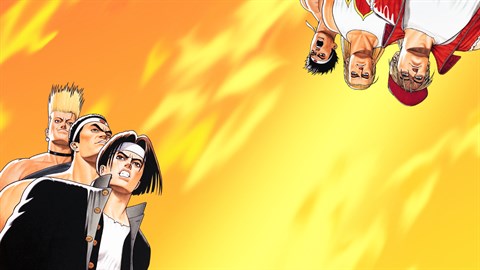 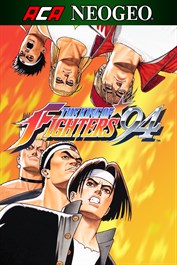 ACA NEOGEO THE KING OF FIGHTERS '94

"THE KING OF FIGHTERS '94" is a fighting game that was released from SNK in 1994. The original characters of "THE KING OF FIGHTERS '94" and popular characters from series such as "FATAL FURY" and "IKARI WARRIORS" come together to battle it out in no holds barred 3-on-3 team battles. This original entry in the KOF series introduced intricate special move systems which have since become a staple of the fighting game genre, including Desperation Moves which could turn the tide of a battle in an instant. The "ACA NEOGEO" series has faithfully reproduced many classic NEOGEO masterpieces. Players can change various game settings such as game difficulty, and also reproduce the atmosphere of arcade display settings at that time. Players can also compete against each other from all over the world with their high scores. Please enjoy the masterpiece that built a generation for video games. *This title is based off the MVS (NEOGEO for arcades) version. There may be differences between this version and the versions for the home NEOGEO console and other home consoles.