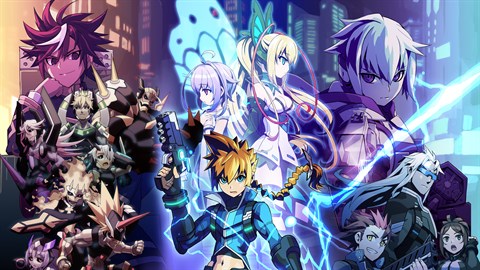 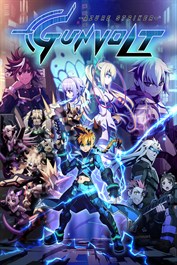 A 2D action game featuring a young man with the power of lightning who stands for freedom against the evil ambitions of a massive organization. When lightning strikes, a new legend is born. ●Lightning-Based Action Use your trusty sidearm to tag enemies, then let loose a burst of electricity for massive damage. You can even tag multiple enemies and zap them all simultaneously. Your lightning abilities are not just for defeating enemies, though. Use them to perform various maneuvers such as hovering across hazardous terrain. ●Do Battle With a Variety of Bosses Sumeragi's most powerful members, with a wide range of personalities, await you at the end of your missions. Battles get heated as bosses unleash their most powerful skills and techniques. ●Those for Whom the Muse Sings Shall Turn the Tides of Battle Even Gunvolt falls in battle sometimes. When this happens, there is a chance that Lumen, aka The Muse, will revive you and grant you a massive power boost. Furthermore, if you manage to amass at least 1000 Kudos during a stage, the BGM will change and Lumen will sing one of her songs for you for as long as you maintain those Kudos. Your Kudos will reset upon taking damage, so keep that no-damage run going for as long as you can!