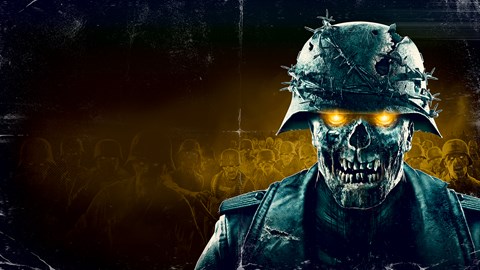 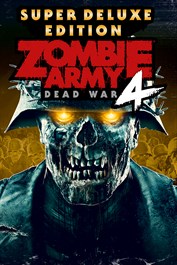 Augment your Zombie Army 4 experience with an entire season of post-launch content with the Super Deluxe Edition. The Zombie Army 4 Super Deluxe Edition includes: MAIN GAME ZOMBIE ARMY 4: SEASON PASS, INCLUDING; 3 ADDITIONAL LEVELS Experience blood-curdling new campaign missions for 1-4 players. 4 CHARACTER PACKS New playable characters to be used in any mode. 9 WEAPON BUNDLES Weapon bundles including new weapons, charms, skins and more. 5 WEAPON SKIN PACKS Customise your weapons, with effects ranging from wrapping paper to hot lava. 4 CHARACTER OUTFIT BUNDLES Dress up your characters with new outfits and hats. Hitler’s hordes are back for more in this spine-chilling shooter from the makers of Sniper Elite 4! Abominable occult enemies, epic weapons and a harrowing new campaign for 1-4 players await in 1940s Europe, as you fight to save humankind from undead Armageddon! The resistance have defeated Zombie Hitler and cast him into Hell – but the dead rise once again with greater hunger than before! Continue the alternate history of Zombie Army Trilogy in huge new levels, and uncover a sinister plan that takes the Survivor Brigade across Italy and beyond! Experience genre-defining ballistics, build the slayer that suits you and harness the power of fire, lightning and divine escence as you upgrade your guns to fight back against the dead. When the horde surrounds you, tear them apart with enhanced melee combat and flesh-rending takedown moves!