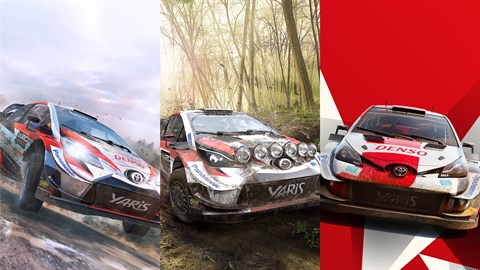 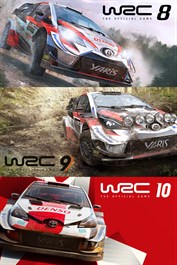 Xbox One game playable on Xbox Series X|S. A version optimized for Xbox Series X|S is available separately. WRC 10 offers a unique Anniversary Edition, bursting with new features and driving thrills. Relive the most intense moments of the championship, from 1973 to the present day! Unparalleled content in WRC: - The 5 new rallies in the 2021 calendar: Estonia, Croatia, Belgium, Greece and Spain - 6 historic rallies: Acropolis, San Remo, Germany, Argentina, Mexico and New Zealand - Over 120 special stages - 52 official teams of the 2021 season (WRC, WRC2, WRC3, Junior WRC) - 20 legendary cars, including iconic models from Alpine, Audi, Lancia, Subaru, Ford, Mitsubishi, Toyota The Career mode, widely praised as one of the deepest and most comprehensive in a racing game, has also been heavily improved and enhanced with a livery editor and the ability to create your own team and add your colours to modern cars! Using hyper-realistic and ultra-precise physics, WRC 10 further improves the driving experience through better management of aerodynamic forces, turbo and braking on all surfaces. The sound design has also been redesigned from the ground up to increase immersion. With a fiercely contested eSports competition, daily challenges, weekly challenges, and clubs to create your own competitions, every driver can find their own level of challenge to compete against the community.