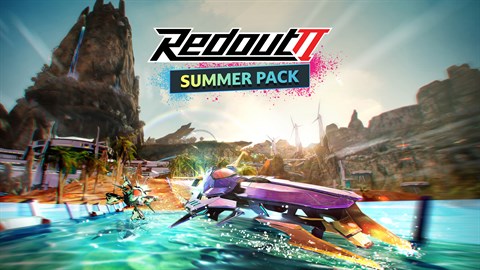 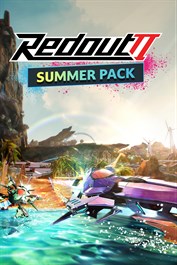 Redout 2 - Summer Pack DLC includes a brand-new environment: Caribbean Dam! Includes 4 new reversible racetracks, 30 new cosmetics, and giant robotic crabs! Jump in and out of crystal clear waters with the Summer Pack DLC, which adds a variety of new content to the original game! The Summer Pack DLC includes: - Caribbean Dam environment, with three new racetracks plus a new boss track, all of which are reversible - 29 brand new career events - 30 new liveries, colors and cosmetic pieces In multiplayer lobbies, only the host needs to own the Summer Pack DLC to make the new tracks available for everyone! During the 24th century, water scarcity forced humanity to dig desperately under the oceans, eventually finding the biggest aquifer under the Atlantic. The Caribbean Dam was one of the largest water stocks, providing clean water to a third of the liveable territories left on Earth. It played a key role in human survival during the Space Assault era.