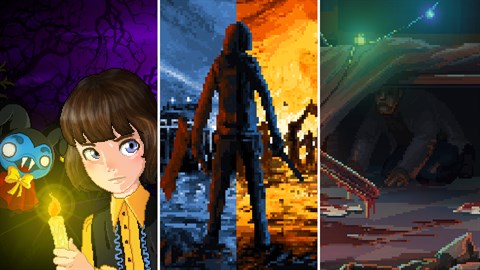 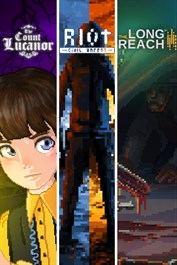 RIOT – Civil Unrest is the highly anticipated real-time riot simulator that places the player right in the heart of some of the world’s most fractious clashes. Campaigns include: Indignados (Spain), Arab Spring (Egypt), Keratea (Greece) and NoTAV (Italy). Seventeen single level scenarios include Rome, Oakland, Paris, London and Ukraine. RIOT – Civil Unrest’s creator, Leonard Menchiari, experienced rioting first-hand at the NoTAV protests in Italy. He created the game to tell the stories and express the feelings experienced during these clashes. What triggers the crowd to behave with such anger and aggression? Often outnumbered, what does a police officer feel like during the conflict? RIOT – Civil Unrest presents the player with the opportunity to experience both sides of the fight - a fight in which there really are no winners. Who is right and who is wrong? Experience RIOT – Civil Unrest and draw your own conclusions. The Count Lucanor - Once upon a time, there was a poor boy named Hans who lived with his mother near the woods. On his birthday, the boy had no presents nor sweets. He got so upset he decided to leave home for good. Before he left, his mother gave him his grandfather's cane, some cheese and three pieces of gold. Hans walked into the forest in search of adventure. Soon it was night and the boy was really scared, so he tried to go back. But then, a quaint kobold happened to cross his path and Hans decided to follow him to a castle. The kobold told him he would inherit great wealth if he passed a simple trial... guessing his name. Trapped in the castle, Hans will live a spooky mystery, fantasy and horror adventure to become the new Count Lucanor. Join Hans in a fantasy world and experience a unique adventure, full of surprises and challenges. Get hooked on an immersive tale, where every decision counts and every clue is a piece to solve the puzzle and get the treasure. Unravel the sordid secrets of the castle, meet colorful characters, and remember: horror always lurks beneath the surface. The Long Reach is an adventure game filled with colorful characters, puzzles, and a shock of discovery. Wait, weren't we supposed to say, “joy of discovery”? That can’t be right. The Long Reach takes place in New Hampshire, in the fictional town of Baervox. The game draws its inspiration from Lone Survivor and The Cave and all the classical adventures (except that The Long Reach is set in the present day). You don't play in a post-apocalyptic world or explore a fairy-filled fantasy world. You’re in the thick of it, just around the corner from the place where you buy your groceries.