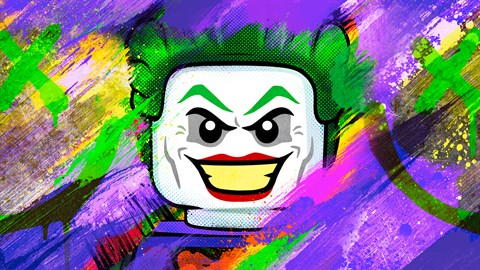 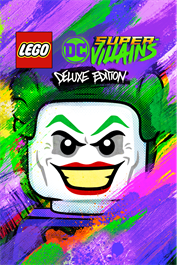 It's good to be bad… Get the Deluxe Edition now and gain access to the main game and season pass content. Embark on an all-new DC/LEGO® adventure by becoming the best villain the universe has seen in LEGO® DC Super-Villains. Players will have the ability to create and play as an all-new super-villain throughout the game, unleashing antics and wreaking havoc in an action-packed story. Set in an open world experience, the Justice League has disappeared, leaving Earth's protection to their counterparts. It's up to you and a crazy group of misfits to uncover the intentions of Earth's new wannabe superheroes. Joined by renowned DC Super-Villains: The Joker, Harley Quinn, and others from the Injustice League, players will set out on an epic adventure to ensure their villainy remains unrivaled.