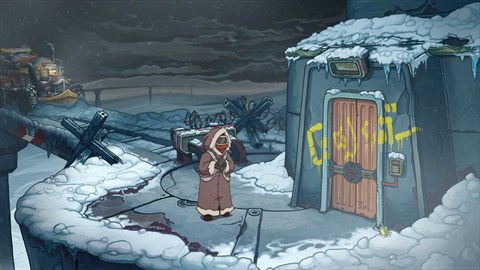 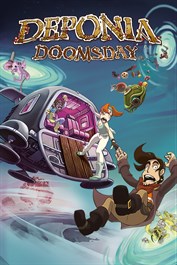 One fateful night, Rufus awakes from a haunting nightmare: he sacrificed himself to save Deponia. But at what price? Elysium, the floating city crash-landed on the planet. As the last surviving Deponian, he fought savage fewlocks, but in the end, there was only one way out: He had to blow up Deponia! And... He grew a mustache. Of course he realized that these gruesome events -especially the mustache part- had to be prevented from ever happening. Deponia and his well-shaved face had to survive! But was this really just a dream? Dive right into this frantic sequel of the Deponia cult-trilogy and join the chaotic anti-hero Rufus on his most peculiar adventure. Even without knowing the previous installment, the hilarity of Deponia Doomsday will have you cracking smiles and burst with laughter. Get enthralled by the bizarre humor and the uniquely designed world and enjoy the largest and longest Deponia adventure of all time.