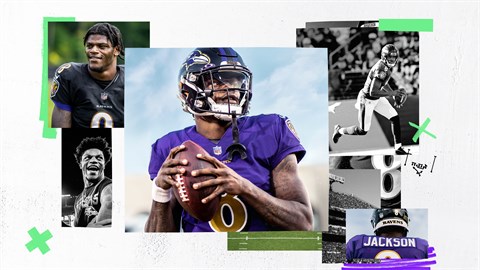 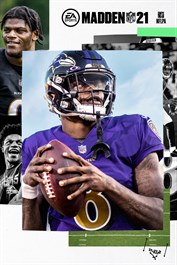 Feel next level in MADDEN NFL 21 on XBOX SERIES X|S on December 4. Kick off your season now by playing the Xbox One game on your XBOX SERIES X|S. Acquired content in MUT and progress in The Yard carries over via your EA account. Madden NFL 21 Dual Entitlement includes Xbox One X and Xbox Series X|S games. Go All Out in Madden NFL 21** where a fearless new generation of rising NFL stars is poised to change the game. Packed with fresh new features and innovative gameplay enhancements, Madden NFL 21 delivers new levels of ingenuity and control developed to inspire creativity on and off the field. Madden NFL 21 delivers new features and modes including: •Face Of The Franchise: Rise To Fame | Push the limits of your legacy and shatter expectations as you rise to Hall of Fame immortality in a way that only you can. The new playable documentary career mode offers all out levels of agency and depth throughout your journey. •New Gameplay Mechanics | Gameplay innovations include the all-new Skill Stick ball-carrier system, new pass rush moves and tackling enhancements, all of which offer enhanced levels of control to inspire creativity on both sides of the ball. •The Yard | A brand new backyard football mode in Madden NFL 21 featuring non-traditional locations around the globe where trick plays, new rules, and a bold attitude are the name of the game. Create and customize a one-of-a-kind Avatar to express your individuality, equip the freshest gear you’ve ever seen in Madden, and seamlessly swap between mobile and console with cross-platform progression, only in The Yard. Entitle for MADDEN NFL 21 on Xbox One before the release of MADDEN NFL 22, and upgrade to MADDEN NFL 21 XBOX SERIES X|S for free*. Keep all the content you acquire MADDEN NFL 21 Ultimate Team, including binder content and Madden Points. Transfer your Avatar, gear and Madden Rank through The Yard. This game includes optional in-game purchases of virtual currency that can be used to acquire a random selection of virtual in-game items. *CONDITIONS APPLY. VISIT EA.COM/DUAL-ENTITLEMENT FOR DETAILS **CONDITIONS AND RESTRICTIONS APPLY. SEE www.ea.com/legal FOR DETAILS