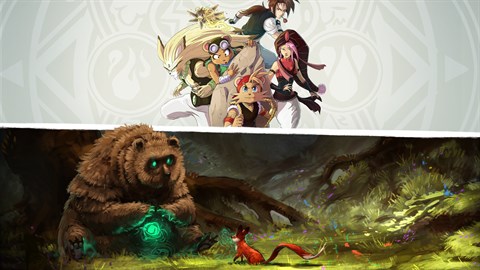 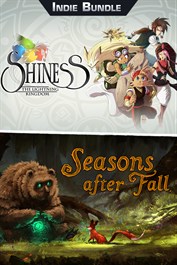 Dive into the enchanted universes of indie puzzle-platformer Seasons after Fall and indie Action-RPG Shiness: the Lightning Kingdom for hours of thrilling gameplay and magical exploration. Seasons After Fall is a 2D puzzle-platformer that will introduce you to a captivating universe where you can explore a land governed by magic and nature. Use your ability to change the seasons to alter the world around you; freeze bodies of water in winter, grow plants in the summer, and more! Shiness is an action-RPG that takes you on a journey across a world on the verge of collapse. After crash-landing on a hostile island, you find yourself in a conflict spanning multiple kingdoms. Face off against dangerous enemies in hyper-dynamic fights, mixing magic with traditional fighting game mechanics. Gain experience to evolve your characters, learning exciting new skills and spells.