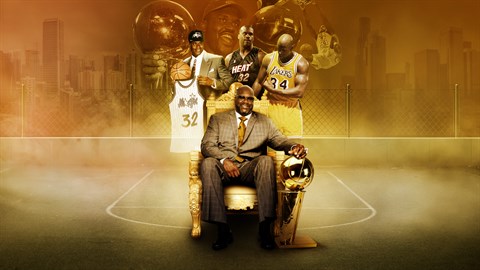 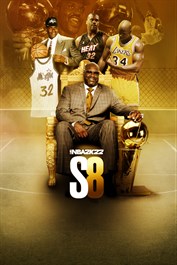 A WORLD OF BASKETBALL NBA 2K22 puts the entire basketball universe in your hands. PLAY NOW in real NBA and WNBA environments against authentic teams and players. Build your own dream team in MyTEAM with today’s stars and yesterday’s legends. Live out your own pro journey in MyCAREER and experience your personal rise to the NBA. Flex your management skills as a powerful Executive in MyGM and MyLEAGUE. Anyone, anywhere can hoop in NBA 2K22. STEP YOUR GAME UP New tactical offense meets an overhauled defense for a more competitive and immersive NBA 2K22. Add skill-based dribbling, shooting, dunking, and alley-oops to your bag of moves, and counter them with ferocious new blocks and contests on the other end of the court. YOUR JOURNEY, YOUR CITY MyCAREER and an all-new City become one in a groundbreaking 2K22 experience. Embark on your personal journey to the pros – a sprawling MyCAREER life – ALL within the City. Forge your own path in college, the NBA G League, or even by jumping straight to the NBA. Be a pro off-the-court by growing your personal brand in the music industry, fashion world, and more. And of course, ball out against the best and fiercest MyPLAYERs in the most vibrant and competitive basketball community in the world. YOUR DREAM TEAM Collect, craft, and hoop in the ultimate NBA fantasy competition: NBA 2K22 MyTEAM. Build your dream lineup of NBA stars and legends across any era, and explore game-changing evolutions to the MyTEAM experience – each addition introduced over multiple Seasons. NEW SEASONS, NEW DISCOVERIES For 20 years, Shaquille O’Neal embodied greatness, harnessing and unleashing a rare combination of raw athleticism and finesse to dominate coast to coast, both on the hardwood and across the league. The Big Man shattered records and backboards en route to becoming a Hall of Famer, but he’d be the first one to tell you greatness is earned, not given. In Season 8, you and countless others will chase greatness for six weeks, earning new rewards along the way.