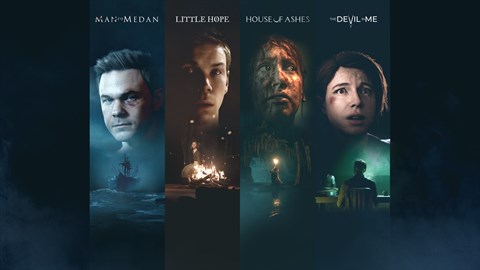 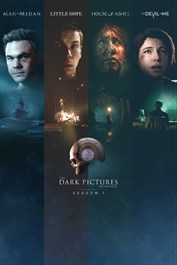 The Dark Pictures Anthology: Season One

The Dark Pictures Anthology is a series of intense, branching cinematic horror games featuring two multiplayer modes. Each story is standalone and can be played independently. This Bundle gives you access to Man of Medan, Little Hope, House of Ashes, and The Devil in Me. In Man of Medan, five friends set sail on a holiday diving trip. As a storm rolls in, and the day unfolds their trip soon changes into something much more sinister. In Little Hope, four college students and their professor are trapped and isolated in an abandoned town and must escape the nightmarish apparitions that relentlessly pursue them through an impenetrable fog. In House of Ashes, at the close of the Iraq War, Special Forces hunting for weapons of mass destruction unearth something far deadlier – a buried Sumerian temple containing a nest of unearthly creatures. To survive the night below, they must forge a brotherhood with their enemies from the world above. In The Devil in Me, a group of documentary film makers receive a mysterious call inviting them to a modern-day replica of H.H. Holmes’ ‘Murder Castle’. But on arrival the crew soon discover they’re being watched and even manipulated, and suddenly there’s much more at stake than just their ratings! Wherever you start, don't play alone!