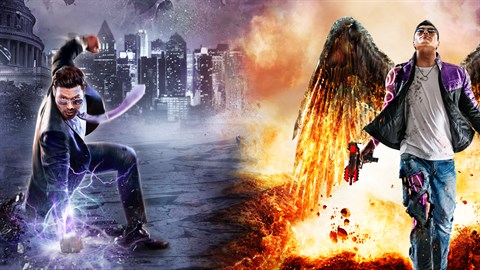 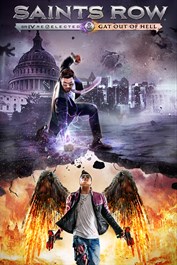 Saints Row IV: Re-Elected After saving the world from a terrorist attack the leader of the 3rd Street Saints is elected to become President of the United States. Things go reasonably well until an alien warlord named Zinyak attacks the white house and abducts his entire cabinet. Now stuck inside a reality bending simulation, the President and the Saints fight to save themselves, Earth, and the entire galaxy… if that all sounds crazy to you, trust us: we’re just getting started. Saints Row: Gat out of Hell In this standalone expansion epilogue to Saints Row IV, join Johnny Gat and Kinzie Kensington on an Orphean quest to save the Boss’s soul from the bowels of Hell. Come for the demon killing, stay for the historical icons, open world shenanigans, talking gun, and full length musical number. Yes, seriously.