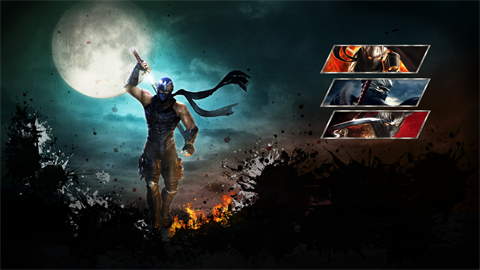 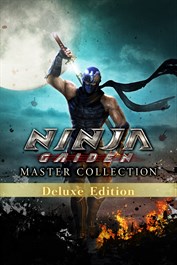 Enjoy 3 games from the NINJA GAIDEN series in this one title.  Each title is still just as fun as you remember while providing the same high speed action of the original releases. Look forward to heated battles with fearsome opponents! In addition to Ryu Hayabusa, 4 other characters, Ayane, Rachel, Momiji, and Kasumi, are also playable. You can create a tag team with your favorite characters and freely swap out the playable character during battles. ※The heroines included in this title are the same as the original versions. In addition, the characters that are playable and scenes (modes) vary for each title. All of the previously released game modes and DLC costumes for each title are included in this one set. In addition to Ryu Hayabusa, each of the other characters also have many different costumes to choose from, allowing you to enjoy action packed battles in whichever outfit you prefer. ■Included Titles NINJA GAIDEN Σ NINJA GAIDEN Σ2 NINJA GAIDEN 3: Razor's Edge NINJA GAIDEN: Master Collection Digital Art Book & Soundtrack ■Deluxe Edition Additional Contents A Digital Art Book & Soundtrack that include visuals, still images, and music tracks from series history. ※Online multiplayer is not available for the “TAG MISSIONS” in NINJA GAIDEN Σ2. ※The “Shadow of the world” “Clan battle” for NINJA GAIDEN 3 Razer's Edge is not included.  Online multiplayer is not available for “ninja trials”. ※"NINJA GAIDEN Σ2" and "NINJA GAIDEN 3: Razor's Edge" are also available in Traditional Chinese. ※"NINJA GAIDEN: Master Collection" is also available as a stand-alone purchase. Be careful to avoid making a redundant purchase. ※Only Xbox One X, Xbox Series X, and Xbox Series S support 4K resolution. Xbox One S does not support 4K resolution. ※Please uninstall and then reinstall NINJA GAIDEN Σ and NINJA GAIDEN Σ2. This will allow the graphics to display properly. ※If you are using Windows® 11, the requirements for the PC version will conform to the Windows® 11 system requirements. ※For details regarding the PC version, please check the official website.