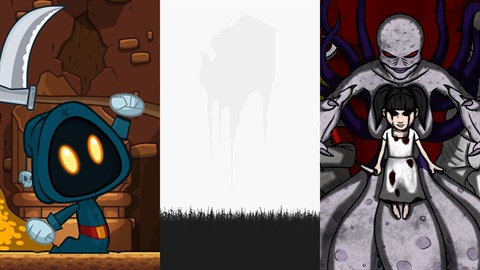 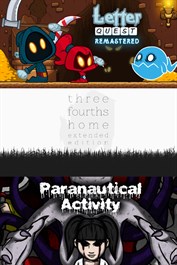 Letter Quest: Grimm’s Journey The grim reapers Grimm and Rose need your help to defeat a legion of monsters, ghosts, and evil bunnies using the power of words! Spell words to battle monsters and earn gems that can be used to purchase upgrades, books, special items, potions, and much more! Letter Quest is a turn-based RPG featuring high-res artwork, clever wordplay, and two great soundtracks. Use your linguistic skills to survive! ● Demolish your foes with tons of upgrades, weapons, books, and more! ● Journey through a land filled with 40 stages, each playable in 4 different ways! ● Use your vocabulary to help our heroes vanquish over 30 unique monsters! ● Try your hand at the challenging endless mode - how far can you get? ● Marvel at the beautiful high-res art and animations! ● Enjoy two full soundtracks - choose your favorite! ● Overcome the challenge of earning all 60 achievements! Three Fourths Home: Extended Edition In her mid-20's, Kelly has been forced to move back to Nebraska. Back to that flat expanse, that seemingly endless sea of rustling cornstalks peppered by rusty silos and rustier towns. A typically intense Midwestern storm is approaching while Kelly is out; she has to get home. In the 20 miles between her grandparents' crumbling barn and her parents' house, she receives a phone call from her mother. Assume the role of Kelly during her drive through the storm in Three Fourths Home: Extended Edition. While driving through a stylized representation of rural Nebraska, players navigate an extended conversation between Kelly and her parents and younger brother. Through dialogue choice and simple driving mechanics, this critically-acclaimed visual short story explores a specific moment of these characters' lives and their relationships with one another. The Extended Edition of Three Fourths Home includes an epilogue that expands on the story of the main game. Set at a bus stop in snowy Minnesota, this epilogue examines Kelly's past as well as the effects that the events of the main story have had on her. Paranautical Activity Paranautical Activity combines the classic FPS action of games like Doom and Quake, with the randomness and difficulty of modern roguelikes like Binding of Isaac and Spelunky FEATURES -Unique FPS/Roguelike combination -Procedurally generated levels -Impossibly fast gameplay -Hidden levels -Over 100 items -40+ enemies -Ridiculous bosses‏ -Kick ass Dubstep soundtrack