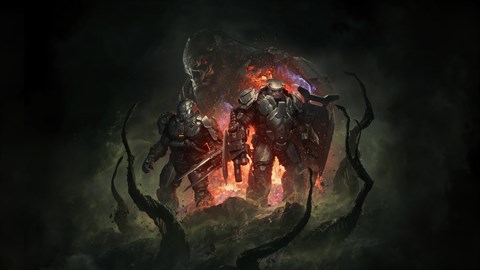 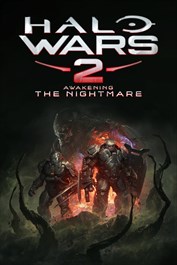 Awakening the Nightmare is an entirely new chapter in the Halo Wars universe. Following the events of Halo Wars 2, now you can play as the legendary Banished and lead Pavium and Voridus in a fight for survival against an ancient enemy – the Flood. This Expansion includes a new single player and co-op campaign with ultra-realistic cinematics, two new multiplayer leaders to use in Blitz and traditional multiplayer, and a brand-new tower defense firefight mode called Terminus Firefight. Terminus Firefight allows for you and up to two other players to defend your base against deadly waves of Banished, UNSC, and Flood units including new boss units. You’ll have to strategize to survive, especially if you want to make it to the top of the leaderboards. The Awakening the Nightmare DLC Expansion is not included in the Season Pass. The Halo Wars 2 base game is required to play the expansion. • Play as the Banished in an all-new single player campaign • Battle against an ancient enemy, the Flood • Play online with new multiplayer leaders, units, and maps • Hold your ground in the co-op Terminus Firefight mode • Game playable in native 4K Ultra HD graphics with HDR on the Xbox One X and Windows 10