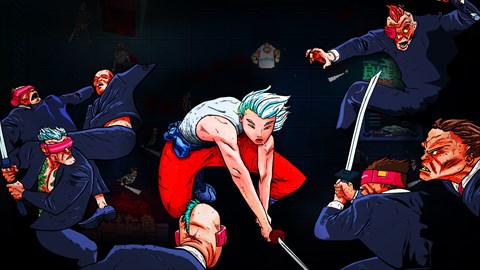 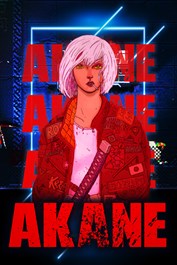 Akane is a top-down 2D Action game, in which you must eliminate as many enemies as possible before losing. It's a sword fighting game, with lots of blood, violence, and samurai movie clichés. All mixed with the bright colors and futuristic suburban environments of cyberpunk style. Mega Tokyo, 2121. A city with a population density of 100,000 inhabitants per square kilometer, made of colossal buildings conglomerates and megastructures interconnected by streets. Big corporations have enormous power over the city. In the forgotten and abandoned areas, poverty is plentiful. A chaotic jumble of houses and shops. Murders, robberies, and trafficking happen often. Merchants are extorted by the Yakuza to pay high fees in exchange for protection. Akane is a ronin, who parents were murdered by the mob when she was four years old. She became a lone wanderer, carrying only her katana and a thirst for revenge against every Yakuza member. Years after murdering the 7 mob family leaders of the Rural Areas, Akane started to roam the bowels of Mega Tokyo and fight the city's criminals. She was cornered by a horde of henchmen in the suburbs of Mega Tokyo. Tonight, she will die! But how many enemies will she take with her before the inevitable fate?