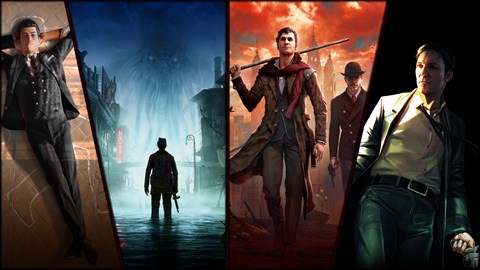 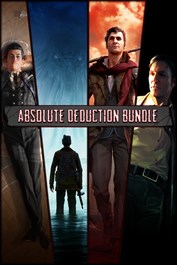 Use your mind to investigate and your willpower to resist madness. Get a taste of two different sides of detective work! In the role of young Sherlock Holmes, use steely logic, powers of deduction, and encyclopedic forensics skills to crack even the most intricate crimes. And as Charles Winfield Reed, a retired US Navy sailor and World War I veteran who had to become a private eye, solve the mystery of the cryptic flood and face the madness that emanates from other worlds. Sherlock Holmes Chapter One (Xbox Series X|S only): Story-driven detective thriller about young Sherlock Holmes's adventures on an exotic and dangerous island in the Mediterranean where he strives to unravel the mystery behind his mother’s death. Interrogations, chases, combat, weapons, conspiracies, truth and lies dilemmas, different Jon, and psychological drama. It’s up to you to decide whether uncovering the truth will do more harm than good, and how that will shape the man you’ll become. Sherlock Holmes: The Devil's Daughter (Xbox One only): Our final story sheds some light on Sherlock's adulthood. Sherlock is taking care of his stepdaughter Katelyn — a young girl whose true origin is being kept as a family secret. With Kaitlyn’s arrival back home, Sherlock faces a chain of strange events when a mysterious woman known as "Alice" becomes Holmes's new neighbor. Her arrival may lead Sherlock to reveal more than he had initially intended. Sherlock Holmes: Crimes and Punishments (Xbox One only): A series of six cases are the foundations for our second story about a desperado group calling themselves the Merry Men, which are striving to organize a coup and free the people of the United Kingdom from debt. Mycroft asks his famous brother to step in. The Sinking City (Xbox Series X|S only): An adventure-investigation game set in an open world inspired by the universe of H.P. Lovecraft, the master of Horror. East Coast of the United States, the 1920s, the half-submerged city of Oakmont is engulfed by an eery supernatural presence. You're a private investigator, and you have to uncover the truth of what has possessed the city… corrupted the minds of its inhabitants... and yours. Embrace the fear of the unknown. Be prepared for deep-dive interrogation, an immersive environment, and chthonic madness.