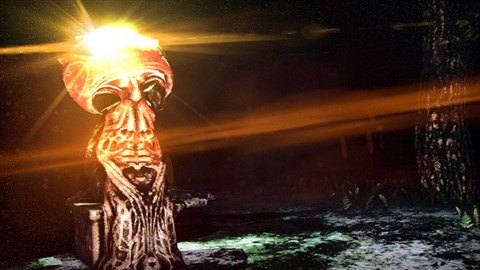 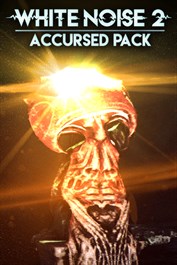 The White Noise 2 Accursed pack features 4 new flashlights for investigators and 4 idols for creatures: The LED Lantern Much less squeaky than an old lantern, but its surface feels quite cheap... A lighter variation of the camping lantern, in exchange for smaller Exploration. Minimalist Flashlight Designed in California, with portability in mind. A lightweight flashlight with limited range. Firefighter Flashlight It's battery is encased for increased protection, and the light source can be extended above the smoke! A balanced flashlight focusing on increased range. Steampunk Torch Fashionable, trendy and very sturdy, although not very practical... Powerful flashlight but with limited battery. Gemini This pair of symmetrical figures embody Order inside Chaos and are an universal object of worship Each Idol placed reduces Investigators' Speed by a small amount. Prisoner Mummified remains of a fool that dared to despise the Old Gods. Now he will suffer for all eternity Each Idol placed increases investigators' interaction time by a noticeable amount. Construct An unnatural device that channels dark power towards its creator The Creature noticeably increases its power when close to this Idol. Pazuzu Effigy of the King of the Wind Demons, bearer of storms and plague. Each Idol placed increases the Creature's Instinct.