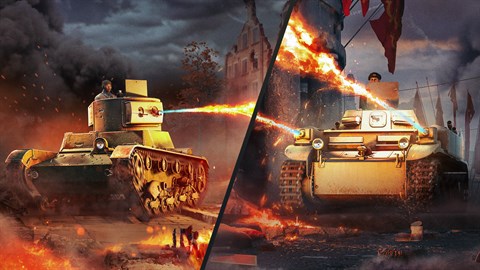 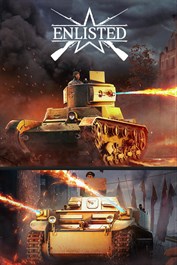 This pack includes: - A premium squad of the 512th Separate Flamethrower Tank Battalion of the 65th Army for the Soviet Armed Forces in the Stalingrad campaign + HT-130 flame-throwing tank - A premium squad of the the 60th Infantry Division of the 160th Panzer Battalion for the Wehrmacht forces in the Stalingrad campaign + Pz.Kpfw. II (F) flame-throwing tank Full access gives an opportunity to rapidly progress in the campaign and focus not on the upgrading and farming, but to enjoy the battles instead. The players with the full access are equal in their combat capabilities - in the "Battle of Stalingrad" campaign there is no option to purchase campaign levels, weapons and soldiers for Gold. You receive the following advantages: • The opportunity of receiving some squads, weapons and vehicles that are available to pack owners only; • The current level of all existing weaponry and soldiers will be upgraded to pre-maximum level; • New soldiers and weapons will be pre-maximum level; • All experience, received in the battles is multiplied by 4 (accumulates with a premium account, while the speed of receiving soldier and weapons orders does not increase); • The price of upgrading the level of soldiers, weapons and vehicles is decreased 4 times; • 3 additional universal squad slots; Note! The premium vehicle from the pack is available only for a designated squad.